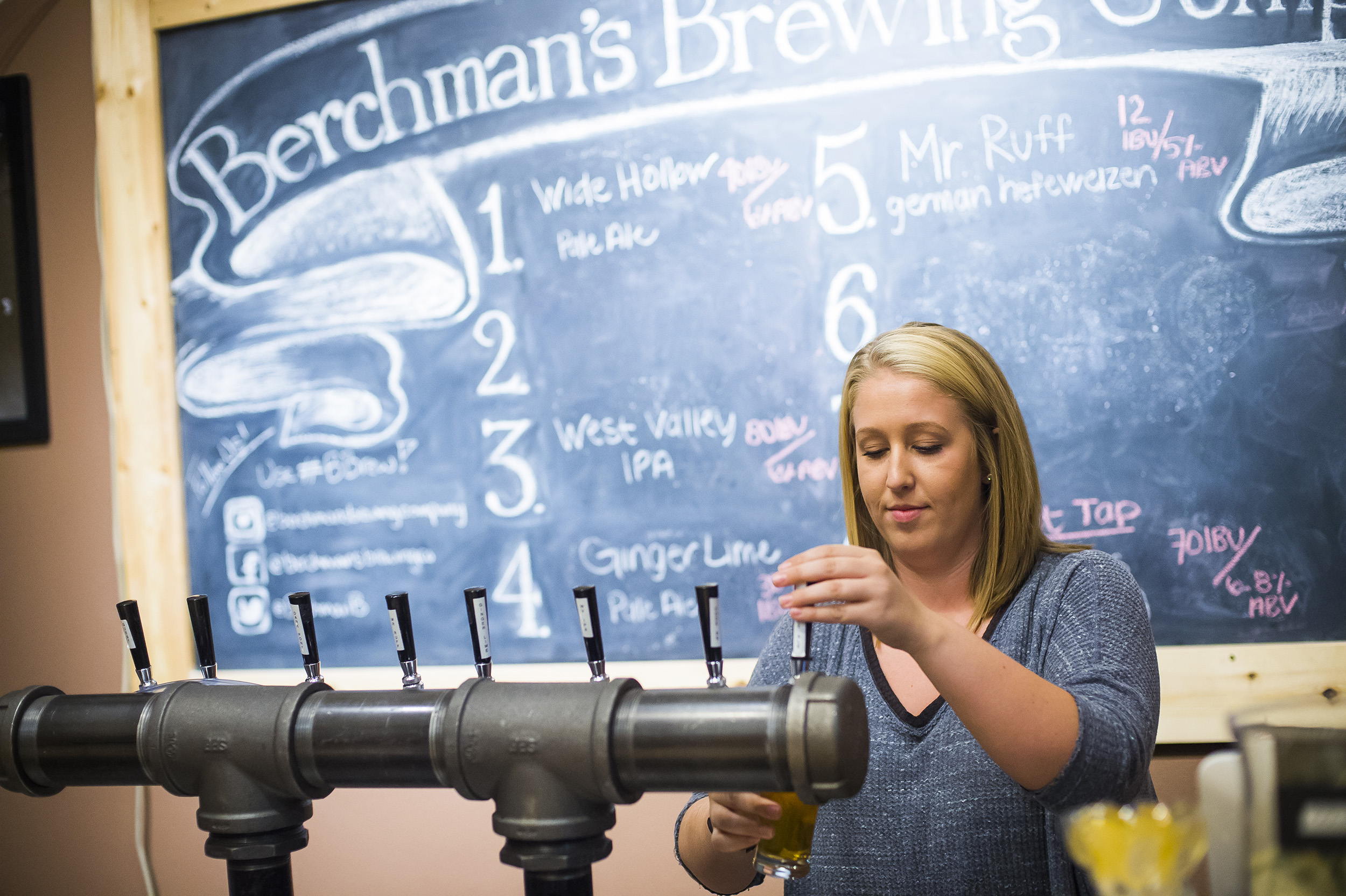 Yakima is one of the oldest communities in Washington and its residents are connected to its history. The restoration and rehabilitation of historic buildings as restaurants, wineries and breweries, and a boutique hotel, have all added to the character of Downtown Yakima . This has paved the way for a lively Downtown community with numerous  pedestrian-friendly  activities such as summer  concerts, cruise nights, Cinco de Mayo and Fresh Hop Ale Festival, parades, first Friday events, Farmers Market, art installations and craft beverage walks, as well as Free Guided Yakima History Walking Tours.*

Several of Yakimaâs historic buildings are home to favorite tasting rooms and taprooms. Going wine tasting or sampling a craft brew in an historic structure reminds locals of the communityâs history and offers a distinct ambiance for visitors to enjoy.

Kana Winery is located in the iconic Larson Building in Downtown Yakima.  This Art Deco influenced brick building, constructed in 1931, is one of the tallest buildings in Yakima. Winery owner, Palmer Wright, restored the high ceilings and revealed the original transom windows. Expanding into an adjacent space, he retained the original entryway doors and large windows to the street, while adding modern lighting and displaying local artwork. Kana Winery is known for its award winning wines and live music on weekends where you may even hear Palmer playing guitar. Friday Nights (except the 1st Friday of each month, where a local band plays) are open mic nights where all are welcome to join in. Recently, a collaborative effort between Yakima businesses and the Arts Commission has led to an extraordinary artistic installation, bathing the buildingâs exterior in colored lights. The project is lighting the eastern facade of the building. Plans to light the entire building are in process. Known as the Larson Lights, the Downtown Association of Yakima regularly lights the building with commissioned, customized color selections.

Antolin Cellars occupies the Northern Pacific Freight building adjacent to the railroad tracks and the historic Northern Pacific Passenger Building. This was built in 1924 to meet the needs of rapidly expanding business by the Union Pacific Railroad. Polished cement floors, cozy, small rooms and a larger Caboose Room for weekend entertainment and rental space create a unique wine tasting experience. Local artists display their works here. Come enjoy their fine wines on the outside patio and take advantage of their âTrainâ special. For those really warm days try out one of the wine âslushes!â

Gilbert Cellars is located along the Front Street Historic District in the Lund building, one of the oldest surviving structures in the city. Back then, Yakima was called “North” Yakima, before it was incorporated. Commissioned by Thomas Lund in 1898, architect Charles Bruenn and contractor A.F. Switzer completed the “Alfalfa” saloon in 1899 for $4,000. The saloon operated until 1910, was The Chicago Clothing Company until 1968 and was used for storage until 1981. This building features the original locally quarried stone faÃ§ade, hardwood floors and 14 foot high pressed tin ceilings.  The winery windows look out to Yakima Avenue and the historic Front Street. The downstairs area was added later and at one time was the first wine shop in Yakima, is used for entertainment and art shows as well as a rental space. Of course, Gilbert Cellars is known for their outstanding, hand-crafted, true-to-varietal Washington wines.

Berchmanâs Brewery is in a portion of Yakimaâs first opera house. The opera house on was constructed in the 1890s by contractor A.F. Switzer. This building was one of the first to replace the wooden buildings which were transported from Union Gap to âNorth Yakimaâ by the Railroad. In 1905, this space became North Yakima Brewing and Malting Company, which was started by the Schlotfeldt brothers (related to current owners of Benchmanâs), which closed during prohibition and became the Yakima Trading and Storage Company. In 1982, Scotland-born Bert Grant started a brewpub in the Opera House which was the first micro pub in the United States post prohibition.

Hop Nation Brewery is located in a large brick building, one of many buildings, built along the west side of the railroad tracks. Known as Fruit Row in the 1920s, there were warehouses used for fruit canning, packing and storage for fruit and produce stretching for a mile along First Avenue. Built for the Yakima Agricultural Commission, this location was conducive for storage of fruit and produce and  shipping  by rail. The building has been used for storage of hop bales by John I Haas, corporate offices, quality control and research and development laboratories. Most recently the building has acted as a business incubator having housed the stateâs first certified legal cannabis laboratory, Hop Town Pizza, a graphic artist, an analytical hop laboratory, and Hop Nation Brewing Company. Hop Nation Brewery fermentation vats and operations are in the lower level with the pub on the main level. You will see heavy timbers, wide plank floors, and a special price on your pint when the train goes by.

The Public House of Yakima owners remodeled a craftsman style home, built in the 1940s.  Originally part of a small farm surrounded by cherry orchards, the city of Yakima grew toward the west and the orchards were replaced by residential areas. Located at 5703 Tieton Drive,

Yakima, WA 98908,  they opened their doors in early 2019 and have quickly become a neighborhood gathering spot for craft beverages, flatbreads, pizzas, salads and giant pretzels. While theyâre not a brewery, it is worth mentioning them for their 40+ taps of craft beer, cider and fine wine.

Wilridge Vineyard, Winery & Distillery in the Naches Heights area is a perfect day-trip, Â just 20 minutes from downtown Yakima. Sit out on the wrap-around porch of a beautiful 100-year old farmhouse tasting room with valley and certified Organic and Biodynamic Estate vineyard views. Â Stroll the vineyard,Â picnic on the lawn, hike, horseback ride (hitching posts for up to 20 horses), attend a concert, and mountain bike the nearby trails, or one of the multitude of outdoor activities to enjoy with the Wilridge Vineyard Map to help you create your own adventure. Offering cheese plates, live music events with selected food trucks during the summer months.

*To learn more about the History of Yakima take a Free Guided Yakima History Walking Tour: No reservations required. All tours begin and end at the Historic Train Depot on North Front Street and last about 1Â½ hours. 2019 Tours start at 10am on Saturday, May 18, June 8, July 13, September 14, October 12.Special Horrifying History Tour: 1pm on October 26, featuring true life historical horrifying Yakima events which may not be suitable for children. For tour information contact EllenAllmendinger@yahoo.com.

Touring and Tasting Behind the Scenes in Wine Country