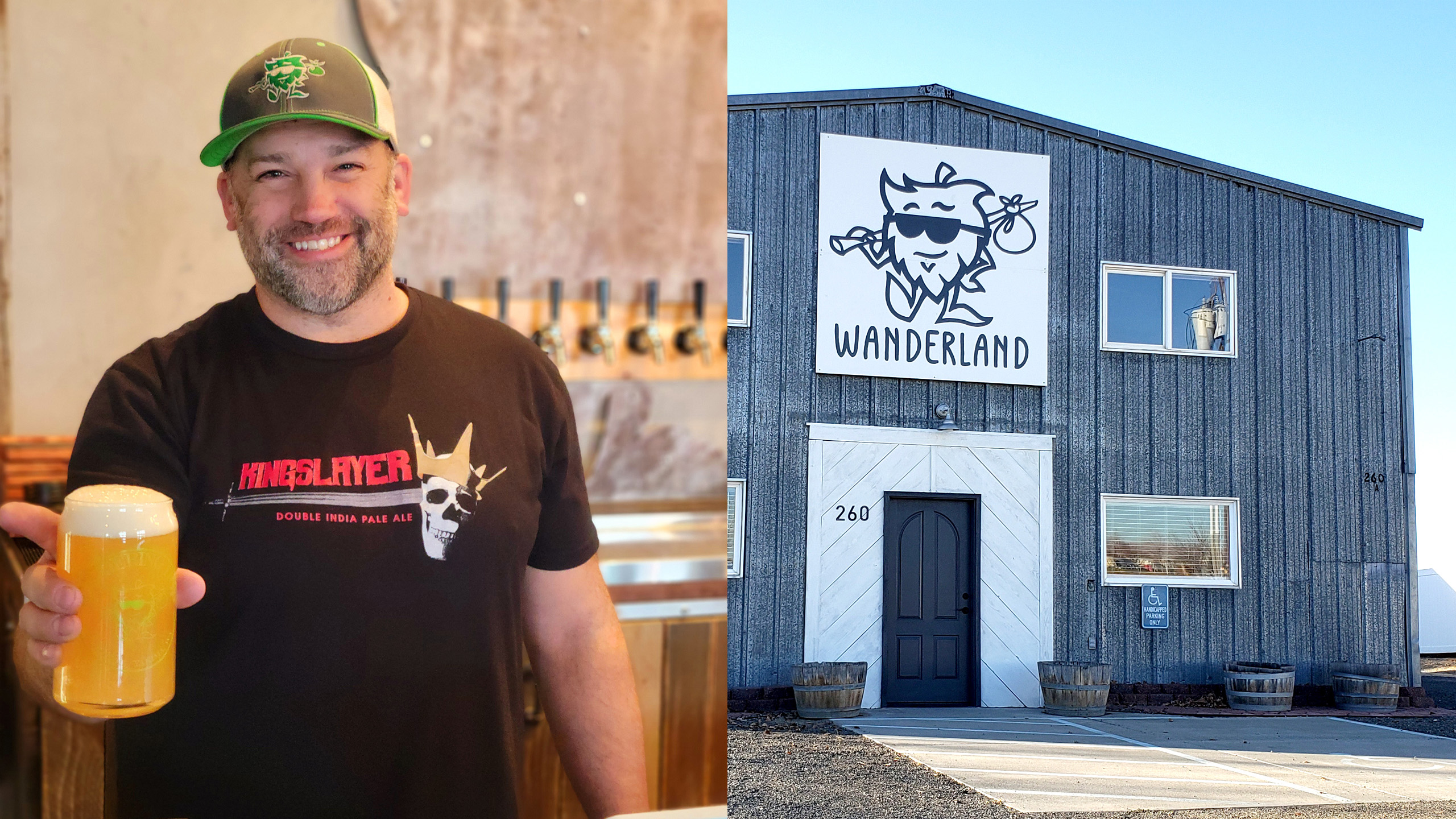 Wandering Hop began its family operation driven by a shared passion for travel and a love of craft beer. Theyâre always ready for new adventures that fuel ingenuity in the brewery. They opened their first location in the heart of hop country in 2017 and recently opened a second location lovingly called Wanderland in Zillah, surrounded by Yakima Valley vineyards and wineries. Itâs a work of passion and is fast becoming a gathering spot for friends and families.

In what ways do your travel adventures inspire your styles of brewing? Is it the inspiration behind your name?

Our travels have inspired many of the beers we brew today as well as a few items on our food menu. More than seven years ago we travelled to the East Coast and enjoyed quite a few New England IPAs (hazy IPAs) and immediately wanted to bring that back to Yakima. There wasnât anyone in the area making beers like that and we wanted to share the experience with the community. It definitely guided us in the direction we wanted to take, realizing that we could share our fun travels in the form of a well-crafted beer or even a sandwich. The name of the brewery came up when we sat down and just thought about what we stood for or how we viewed ourselves. Weâre just a hop loving people who love to wander and find unique and new destinations.

What was your vision for opening your second location in Zillah wine country?

We purchased the Zillah location originally for more space to brew and increase our production. We had bought the property only weeks before the state shut down due to the pandemic, so a taproom was kind of a second thought. After a few late nights working in Zillah, I realized how beautiful things were there and saw the potential of having a large outdoor space and great beer in a thirsty community. I focused my attention on perfecting our taproom while waiting on brewery equipment to arrive. The number of people who would stop by, say hi and see what I was doing gave me a LOT of hope and let me know that Zillah was more than ready for some craft beer. The current vision for the Zillah location is to make it THE destination brewery in the heart of wine country, offering great food, a number of guest wines, a full lineup of our crafted beers — all in a fun and family-friendly environment. I plan to host a number of festivals, events and concerts once the ground thaws and we can get to building.

Being a part of the hop country community has been absolutely amazing. The friendships between breweries is great and makes this an industry you would give anything to be involved in (which I literally did hahah). Bale Breaker has gone above and beyond to help us out nearly every step of the way and weâre just humbled by the support from them. Weâre very honored to be one of the breweries representing the Yakima Valleyâs beer scene. There are a lot of eyes on Yakima when it comes to hop harvest and we love showcasing what this valley can do!

So, whatâs coming next to Wandering Hop and Wanderland?

After a brief winter hiatus and with a few upgrades Wanderland opens up again this month. Weâre installing a much needed kitchen hood so we can expand our food offerings. Weâll be breaking ground on construction of a stage and will also start doing pop-up food events. Weâve done Wanderburgers on our grill in the past and Iâll be adding barbecue fare. Iâm passionate about cooking and smoking meats (ribs, brisket, etc), so it will be exciting to share that with the locals and people passing through alike!

The Yakima taproom will be getting an all-new food menu with some new, fun options. Weâll be adding soups and air-fried items to accompany the new sandwich lineup. Weâre also going to start doing trivia along with our usual monthly bingo night.

I have personally started brewing some of the old fan favorite beer recipes and bringing back some really fun beers. Our yearly Birthday Cake IPA has been missed and will be brewed very soon. Iâll also be bringing back our Milkshake IPAs as well as a number of new experimental IPAs and fruited sours. I got excited just typing that! Iâll be focusing more of my time and energy into bringing back the beers that made us gain so much attention in the past.

Nathan is planning a Cinco De Mayo Event (it also happens to be his birthday!), Oktoberfest events and a few other surprises!

Are Ready to Celebrate the Season?