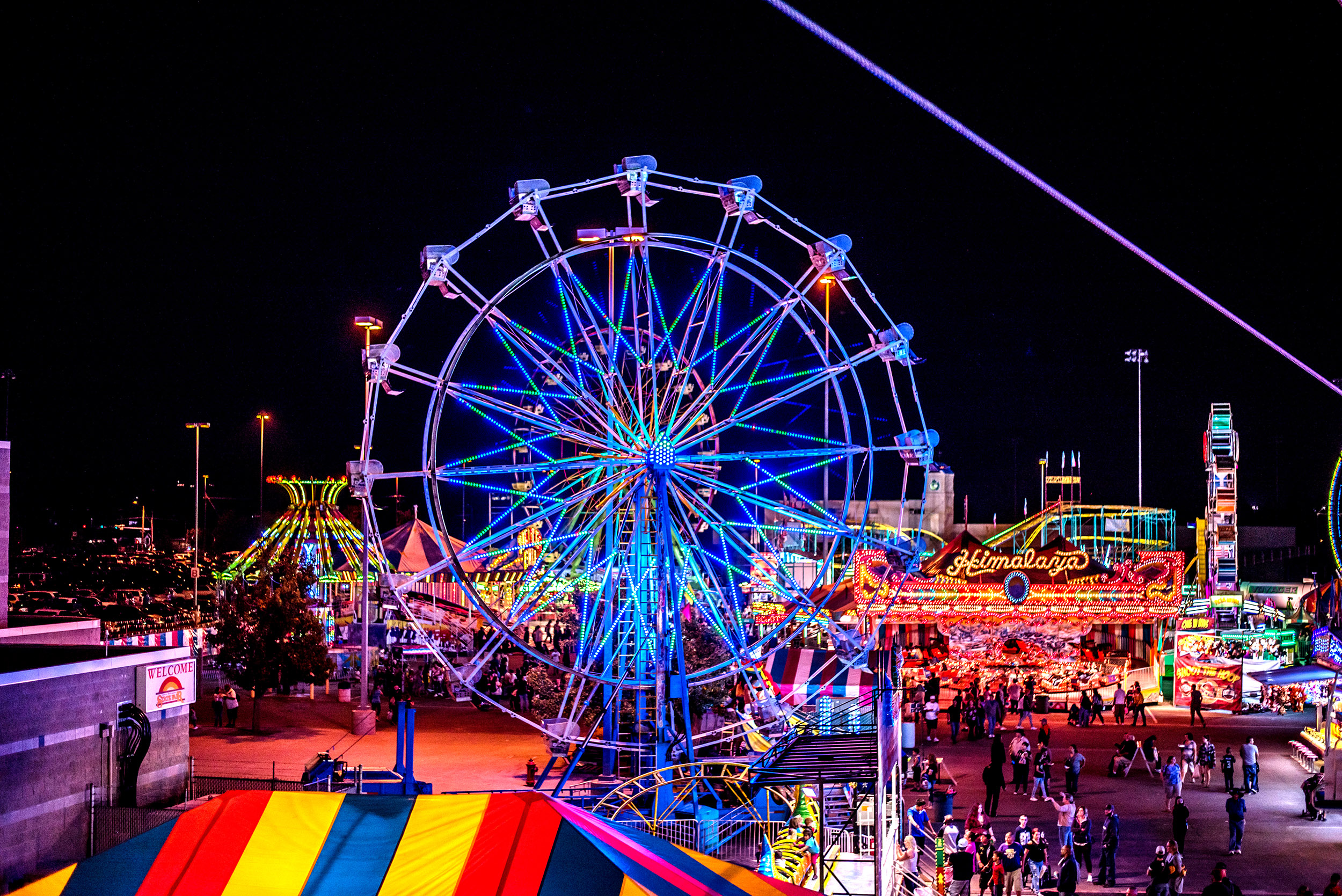 Can you believe it’s almost time for fair fun?  Whether you’re in it for the food, farm friends or general fun times, the 127th Annual Central Washington State Fair kicks off Friday, September 20, at noon and runs through September 29! This year’s theme is fittingly “Endless Fun” with the array of experiences to be found.

Farm Fun at the Fair

Are you one of the many visitors who flock to the fair specifically to celebrate Central Washington’s agricultural heritage? Over the years, the fair has become the ultimate showcase for the agricultural products raised and produced in Central Washington, where we’re surrounded by unmatched agricultural bounty. In fact, the Central Washington State Fair initially began in 1892 as an agricultural fair to show farm produce and livestock, preserves and home made goods, which were judged and awarded for quality. Of course, you can still find these but today there’s much more, such as vintage farm equipment displays. You can also find a Washington wine tasting experience, as well as an amateur beer and wine making competition, which is fitting in the heart of wine country where we grow more than 50% of the state’s wine grapes,.

Kids and grownups alike love to get up close and personal with the animals at Coastal’s Barnville Petting Zoo. Much more than the average petting zoo, the folks at Animal Specialties travel with 225 animals, including dairy cows and calves, sheep and goats, pot belly pigs, a yak, Shetland ponies, and ducks, geese, turkeys, chickens and guinea hens. They also have some exotic cattle including a Watusi, a Scotch Highlander, and an Indu Brazilian Zebu, as well as some slightly less exotic, such as a Texas longhorn and a Miniature Hereford. Their exhibit has an incubator that hatches baby chicks and children and adults can brush and groom livestock, and kids can milk a cow.

Fair entertainment eventually evolved beyond agriculture to horse racing, coyote hunts, Native American war dances and vaudeville. Today, the fair is packed with an array of activities to keep you busy all 10 days. It has become the single largest family entertainment event in Eastern Washington. Whether you like to spend your day on the midway, trying your luck at games or taking in the live music, there’s far too much to list, but take a look at a few of the unique favorites!

A Walk on the Wild Side – Get a close-up look and learn all about wild and exotic animals from the cute and cuddly to the venomous and slithery. The animals showcased at the fair come from an animal rescue and preservation in Canby Oregon. They share their animals and their stories to raise awareness and encourage interest in preserving them.

Motorsports – The Les Schwab Grandstand Series at the Coca-Cola Grandstand will feature motor racing on both weekends of the fair, along with two days of Demo Derby on the first and final Sunday of the Fair.  The motor racing will feature superhot Sprint Cars and late model Modifieds racing on the half mile dirt track at the fair’s grandstands. There will also be two nights of Monster Trucks on Tuesday and Wednesday, September 24 and 25.

Of course, we can’t forget about fair food! Whether you can’t wait for your annual Young Life barbecue beef sandwich or your mouth is already watering for a Christ the Teacher Catholic School (formerly St. Paul’s) elephant ear, everyone has their favorites. What we currently know as fair food did not exist in 1892 when the fair began. Cotton candy wasn’t even invented until 1904 and caramel apples didn’t come along until the 1950s. Now, you can find everything from lamb burgers, curly fries, and hand dipped chocolate ice cream bars to deep fried Twinkies. Whether you prefer the standards, cultural foods or new creations, it’s easy to fill up.

Don’t forget to celebrate fair festivities with everyone’s favorite parade – Yakima’s annual Sunfair Parade, at 10 am, Saturday, September 21. Each year, families line the streets of downtown Yakima, excited to watch the largest parade in Central Washington, which has been delighting children and grownups for close to 50 years.

The Fair doesn’t have to be expensive if you take advantage of one the many specials available and plan ahead. For instance, they offer a presale discount on carnival bands for unlimited rides until September 19. For more information on deals, specials and transportation, check here.


Are Ready to Celebrate the Season?

Get Away for Thanksgiving in Wine Country