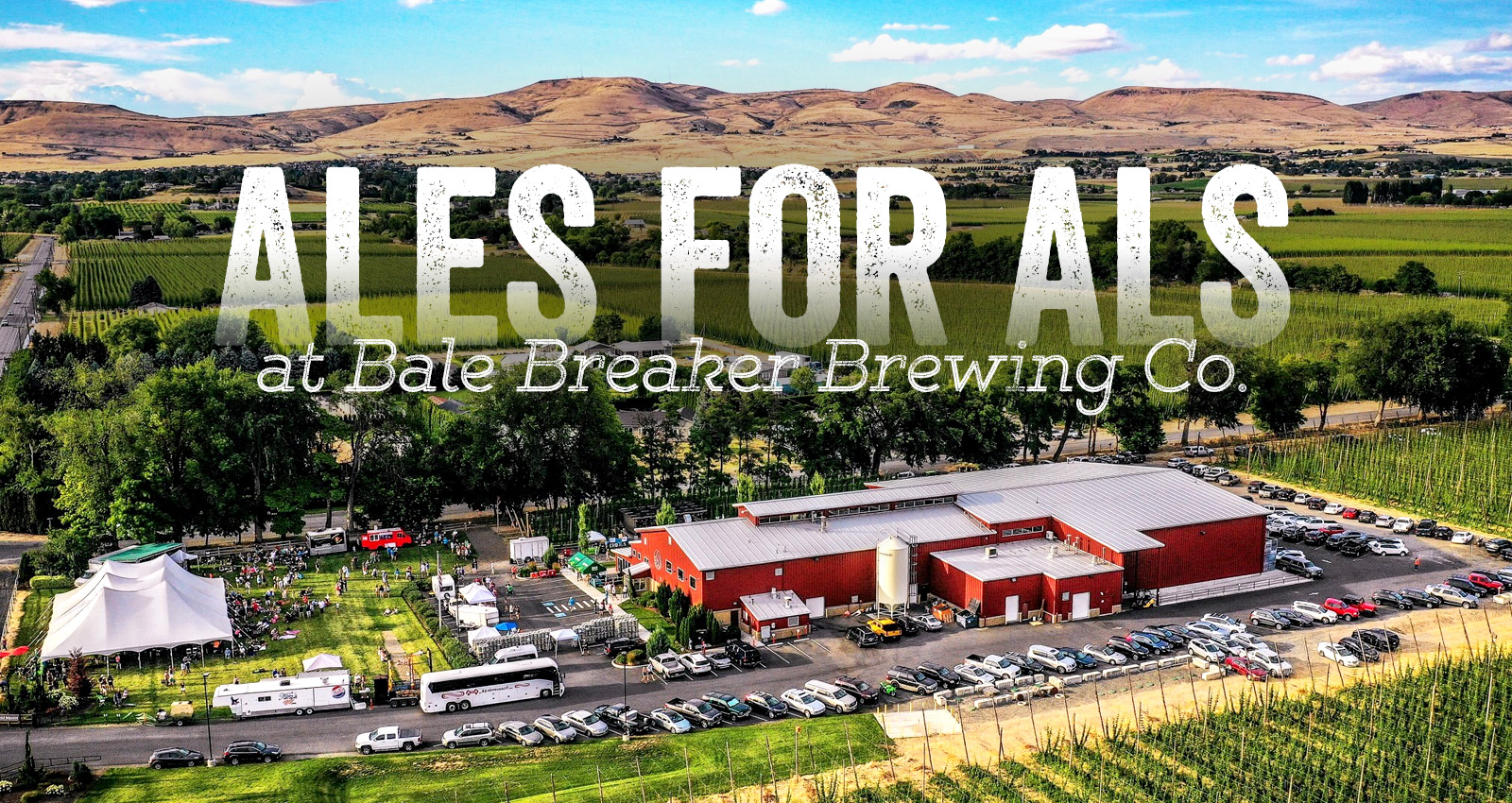 Every June, Bale Breaker hosts their largest event of the year  their annual Ales for ALS event. Every summer they invite everyone to join them on the brewery lawn for one amazing day of great beer, food from multiple vendors, games and live music at a free, family-friendly fundraiser for ALS. Bale Breaker donates $1 from ANY pint sold that day to Ales for ALS.

Theres more to Ales for ALS than this epic, cant miss event.

The folks at Bale Breaker spearheaded the Ales for ALS movement in 2013 and it has grown to become a nation-wide fundraiser and dedicated to raising awareness about ALS and funds for research. Each year Loftus Ranches and YCH hops donate a unique blend of primarily experimental hops to breweries across the U.S. with the ask being a donation to ALS Therapy Development Institute of at least $1 from every pint brewed. In 2016 more than 100 breweries nationwide brewed to showcase that years special blend of hops and the program continues. Since inception, Ales for ALS has raised more than $1,250,000 for ALS research.